How’s Your North to South? 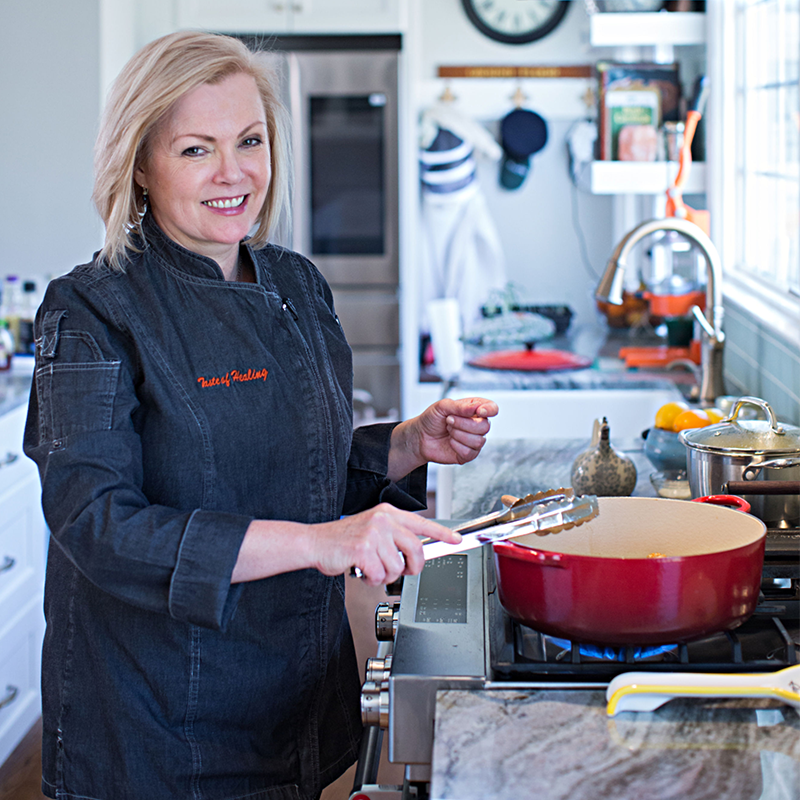 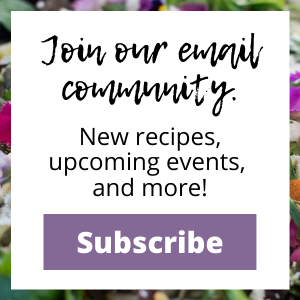 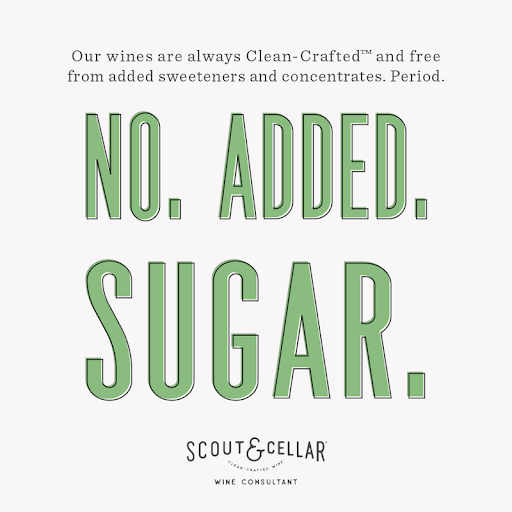 ‘How’s your North to South?,  no reference here to your sense of directions but rather digestion, which is a North to South process, and the fundamental key to good health and one which is often not given much thought; until it takes a wrong turn.

Perhaps a little gas or reflux  occurs after a meal, so you pop and anti acid,  or  a little constipated, so down goes a laxative to help things along,  paying little attention  what’s really going on and the signals your body is sending you? Anti acids and digestive aids are the best selling OTC drugs  in the USA, as symptoms are often self medicated, without a thought to the real cause, triggering a cascade of issues and the ultimate demise in health.

In fact, 70% of immune function is in digestive tract, if digestion not working properly, nothing works, and health suffers dramatically. So while I agree it’s not a ‘pretty’ topic, to discuss poop,  it is an important part of managing your health to understand proper digestive function, so let’s have a quick overview of how digestion is supposed to work, and devastating results when it does not.

Digestion Starts North in the Brain

Digestion works north to south, so it really all starts in the brain, when you see or smell food, that’s when everything starts; saliva glands get ready to produce saliva, just by looking at food!

In your mouth carbohydrate digestion begins with the enzyme salivary amylase in saliva being mixed with food. Chewing well is important to break the food into smaller parts (your mother was right!), and make an easy to swallow ‘bolus’ to travel down the esophagus to the stomach.

The stomach churns and massages the food, breaking it down and bathing it in hydrochloric (stomach) acid, which disinfects any bugs and helps to further break it down.

Stomach acid is extremely caustic,  and would burn a hole in a carpet! Once the ‘chyme’ as the food is now called is caustic enough, it signals the pyloric valve to open and the food moves on to the first part of the small intestine, called the duodenum.

In the Small Intestine

In this first part of small intestine, many functions are going on, if you have eaten fat, the gallbladder will squeeze bile to begin breaking down the fat, and at the same time the pancreas is signaled to release bicarbonate to alkalinize the chyme and release digestive enzymes to further digest food, pretty amazing huh?!

At this stage the left over chyme moves through to the large intestine, and here water is reabsorbed, and waste materials are recycled to nourish the colon cells. Stools are formed in transverse colon, down descending colon, expelled out through the anus.

So that’s how things are supposed to work…what happens when it all goes wrong?

Dysfunction Begins in the Brain

As a culture, we are sympathetically stressed, biologically we are made up the same way as our ancestors who where only in stress mode when needed (like hunting down a sabre tooth tiger), we are often in this stress mode all day long.

Digestion however is a parasympathetic process, meaning we need to be in a relaxed state to digest food. So if you don’t take time to relax while eating, your brain does not trigger the digestive process, saliva is not sufficiently released, which means that carbohydrates won’t get properly broken down and cause problems further on.

Adding to this perhaps the meal is being eaten while driving, at the computer or multi tasking, and not being chewed properly, all placing the stomach under great duress!

As we discussed earlier the stomach likes a very caustic environment to function properly, if we are sympathetically stressed, eating processed food, not chewing properly, all this adds up to inhibiting proper stomach acid production. This means that instead of the food timeously becoming acid chyme and moving on out, it hangs out in the stomach too long , putrefying, fermenting and releasing gasses, which in turn cause reflux. What little stomach acid was able to be produced refluxes into the esophagus, burning like crazy so what do we do? reach for the anti acid to ‘put out the fire’, when the problem was in fact too little stomach acid!

Besides breaking down food, the other important function of stomach acid is to disinfect food and kill off any nasty pathegons you may have consumed, low stomach pH allows these to thrive, including H.pylori (Helicobacter pylori) a particularly nasty bug that can take over and is the leading cause of gastric (stomach) ulcers and cancers.

Low stomach acid production can be quite successfully treated with nutritional therapy, treating the cause and not the symptom by taking anti acids and ultimately making the sitution even worse.

When things are working right, a nice acidic chyme is leaving the stomach and triggering a domino effect; if it is not acidic enough, the pancreas won’t be signaled to release sodium bicarbonate to raise the pH level, and ‘put out the fire’, resulting in nasty duodenal ulcers, and no enzyme action.

In the case of the gallbladder, dysfunction is due to poor quality fats, or low fat diets vs too little acid. The era of fat free diets and the rise of ‘fake’ fats both contributed to this, fats are mostly digested by bile salts and low fat diets do not stimulate the release of bile, while bad fats cause the bile to become sluggish and lazy, ultimately causing problems like gall stones and usuallly being removed. No bile released means no absorption of quality fats and eventually a deficiency in essential fatty acids.

The small intestine is ‘small’ only in diameter, in the average adult it is about 20 feet long! Food is ideally absorbed right into blood stream by millions of villi and macrovilli right through the intestinal wall, which is coated in millions of micro organisms, the eco system here is incredible, over 500 different species and trillions of them. The important part here is the balance, all of these micro organisms are fighting for shelf space, there should be around 85% potentially good bacteria, and 15% potentially bad bacteria in a healthy gut.  Factors like poor diet, low stomach acid, medications, toxins, stress, the list goes on…all throw the balance off and when this occurs the bad guys can take over and we then have a condition known as ‘dysbiosis’, poor intestinal flora and conditions such as candida.

Earlier up North we discussed the importance of chewing your food properly, in calm mode with proper saliva production, if this was not the case large undigested particles will land here in the small intestine, and the carbs will supply the bad guys with sugars to feed on and grow, producing gas and bloating; but the worst of it is these undigested pieces can pass through the intestinal wall and into the blood stream; the body will then attack these as an invader, what should have been a nutrient will now be triggering an allergic reaction.

The Large and Small of it

So now the leftovers of digestion are passed along to the large intestine to deal with, and this is where things get pretty gross, maldigested foods full of parasites, microorganisms, undigested fats, the whole lot causing a great upset. Without the good healthy flora the colon is left vulnerable to inflammation, gas, irritable bowel syndrome and eventually life threatening conditions such as celiac and Chron’s disease.

So what to do about all this?…the solution

It all sounds pretty frightening, and the truth is a great deal of us deal with some sort of digestive dysfunction on a daily basis. So what’s to be done about it? Firstly, eat your meals in a relaxed state, sitting down chewing properly. Pay attention to the quality of your meals, eat as close to nature as possible, and get a little culture in your diet.

A little what? I hear you all say, no we are not being food snobs, rather talking about the ancient tradition of eating cultured and fermented foods which can aid digestion and promote good intestinal flora. Many of you are familiar with probiotic  supplements, which in short promote good intestinal flora, cultured foods provide a similar yet much more valuable service

Cultured foods been around for centuries, a way of preserving food with lacto-fermentation way before the advent of refrigeration, and canning machines; a tradition largely lost with all it’s health benefits in modern times.

Some of the most common cultured foods in Americaare  yogurt and kefir, these foods are extremely beneficial to health if properly cultured, however with commercial products this is often not the case .

During the lacto-fermentation process friendly bacteria are produced which preserve the milk from spoilage and provide an enzyme activity highly beneficial to digestion. Cultured dairy products, are  often tolerated well by those with dairy sensitivities as it  pre- digests  casein, the protein in milk which is difficult for many to digest,  along with the milk sugar lactose.

Take a look at every traditional culture and you will find some evidence of cultured vegetables, the way food was naturally preserved before modern conveniences. Probably the most common of these is Sauerkraut  in Germany, and Kimchi in Korea, in Russia and Poland one finds lacto-femented cucumbers, beets and turnips. The fermentation process pre-digests the food and increases the nutrient value, while providing a proliferation of lactobacilli to aid digestion.

The benefits of cultured foods extends to beverages too, before the advent of soda pop home brewed beverages where the drink of choice. Some of these brews include beers, kvass, ginger ale and my personal favorite kombucha.Where as sugar laden sodas destroy intestinal flora, lacto-fermented beverages supply lactobacilli, mineral ions and enzymes.

Discovering these ancient traditions is a wonderful journey, see the posts on cultured foods and I look forward to sharing more recipes and techniques with you. I try to include a little ‘culture’ in my diet every day, it has made an enormous difference in my health, and it can for you too.

In Health and Wellness,

*Disclosure: I only recommend products I would use myself and all opinions expressed here are my own. This post may contain affiliate links that at no additional cost to you, I may earn a small commission. Read full privacy policy here.

As a part of my email community you get the inside scoop on new recipes, cooking classes, and more!